Here’s a pattern I’d like to be able to talk about. It might be known under a certain name somewhere, but if it is, I don’t know it. I call it a Spaghetti Tower. It shows up in large complex systems that are built haphazardly.

Someone or somethdesidesigning builds the first Part A.

Later, someone wants to put a second Part B on top of Part A, either out of convenience (a common function, just somewhere to put it) or as a refinement to Part A. 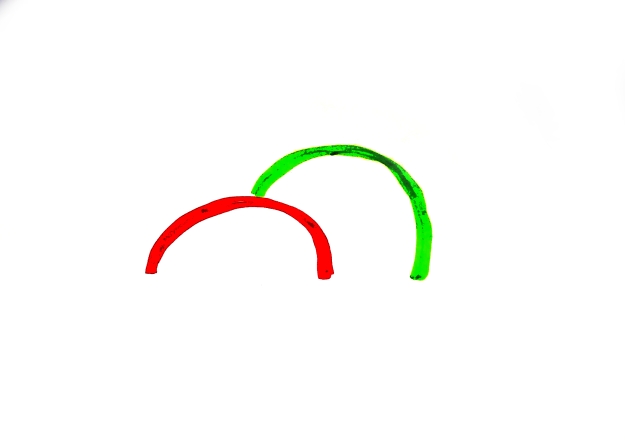 Now, suppose you want to tweak Part A. If you do that, you might break Part B, since it interacts with bits of Part A. So you might instead build Part C on top of the previous ones.

And by the time your system looks like this, it’s much harder to tell what changes you can make to an earlier part without crashing some component, so you’re basically relegated to throwing another part on top of the pile.

Especially since they’re usually interwoven in multiple dimensions, and thus look more like this:

“Can you just straighten out the yellow one without touching any of the others? Thanks.”

Second, because shortsightedness in the design process is a crucial part of spaghetti machines. In order to design a spaghetti system, you throw spaghetti against a wall and see if it sticks. Then, when you want to add another part, you throw more spaghetti until it sticks to that spaghetti. And later, you throw more spaghetti. So it goes. And if you decide that you want to tweak the bottom layer to make it a little more useful – which you might want to do because, say, it was built out of spaghetti – without damaging the next layers of gummy partially-dried spaghetti, well then, good luck. 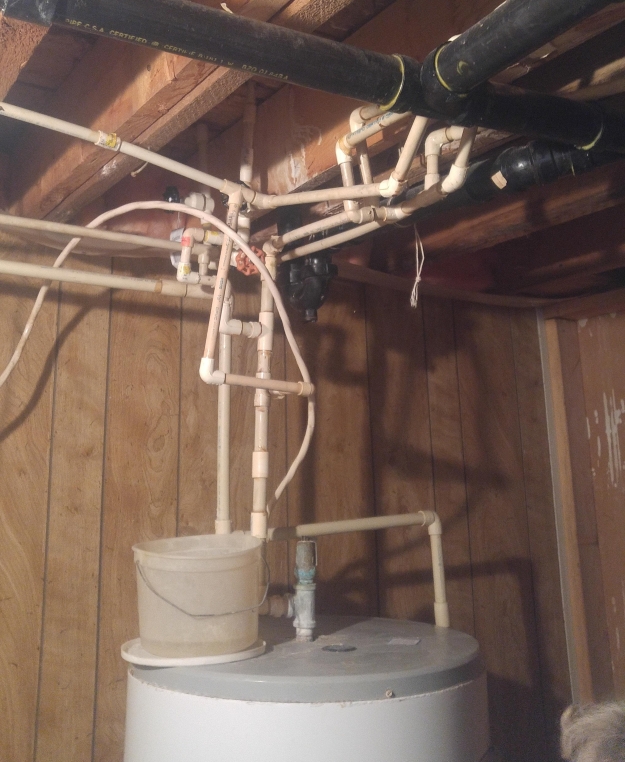 The motto of the spaghetti tower is “Sure, it works fine, as long as you never run lukewarm water through it and turn off the washing machine during thunderstorms.” || Image from the always-delightful r/DiWHY.

Where do spaghetti towers appear?

Meanwhile, my patients are all like “How come this drug that was supposed to cure my depression is giving me vision problems?” and at least on some level the answer is “how come when Bing is down your grandfather can’t access Gmail?

I think there are probably a lot of examples of spaghetti towers, and they probably have big ramifications for things like, for instance, what systems evolution can and can’t build.

I want to do a much deeper and more thoughtful analysis about what exactly the implications here are, but this has been kicking around my brain for long enough and all I want to do is get the concept out there.

Does this feel like a meaningful concept? Where do you see spaghetti towers?

Happy solstice from Eukaryote Writes Blog. Here’s a playlist for you (or listen to Raymond Arnold’s Secular Solstice music.)